Today is July 1st. I love the month of July. In full transparency, part of that may be because its my birthday month … whoop whoop … but it is also because this is the month that feels most like summer to me. By now people have officially dusted off their grills, purchased their favorite new beach towel and have gotten at least one mosquito bite (they come out in the summer don’t they).

It is also the month we celebrate America’s Bday, 4h of July. And might I say one of the best food holidays on the calendar. Barbecue grills around America are LIT … literally.

PAUSE! Let me just say that I am mad at myself for even saying that. I kind of hate this new phrase/term “lit” “littastic” “lituation”, whateva. I think its sooooo dumb and waaaaaaaayyyy too overused but it’s just like one of those bad songs that get stuck in your head and you end up humming the words. Same thing. I think this means that I am no longer cool and hip and frankly, I’m ok with that.

Any who, as I was saying, this is the time that barbecues around America resurrect to reclaim their smoky charred glory. I can think of no better dish to formally welcome in the holiday than a good plate of barbecue ribs. I am a rib enthusiast and somewhat of a snob. When we start talking bbq and ribs all of the sudden my Kansas city roots come out with a vengeance because we all know Kansas City has the best bbq. J

While I wish I were back in KC eating a plate of ribs from Gates or Jack Stacks instead I will be making my own for Independence day. I do a combination of baking and grilling the ribs to lock in moisture and tenderness. But before I do anything I like to remove the tough layer of skin from the undercarriage of the ribs (also known as silverskin membrane). Removing this allows the flavor from my spice rub to penetrate the meat of the ribs better and alleviates me having to eat through that tough skin.

After baking the ribs, I light up grill and throw them on to get a good smoky char. I flip them a couple times while basting with bbq sauce to make sure that the sugar from the sauce doesn’t cause the ribs to burn. After that it’s every man for himself. The ribs are always the first things to go on the menu. You have to be ready to grab yours as soon as the come off the grill. My great grandma Vera Mae always said the early bird catches the worm! And in this case she was definitely right.

Barbecue Spare Ribs – start in the oven and move to the grill to get tender fall off the bone ribs that will have come coming back for more.

This is an awesome resume to add to your 4th of July menu. Give a try and if you do, don’t forget to take photos and tag #MeikoAndTheDish online!

You may also enjoy: 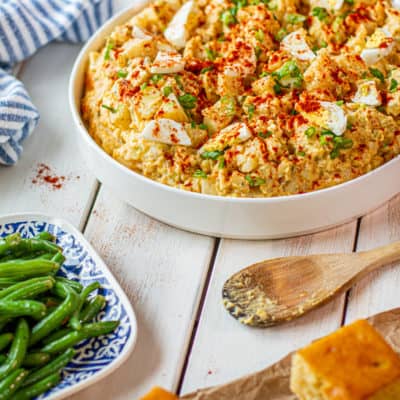 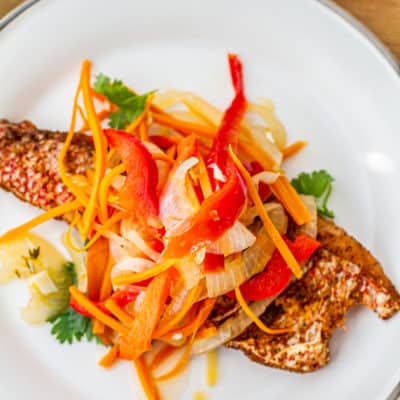