Skip to content
Swoon over foodie merch in and out of the kitchen
Shop Now!

This shop has been compensated by Collective Bias, Inc. and The Coca-Cola Company. All opinions are mine alone. #DGUnitedByFootball #CollectiveBias

These crispy oven baked chicken wings are smothered in a sticky, sweet and spicy sauce with 1 surprising ingredient: Cola-Cola! These bad boys are finger licking good and perfect to serve up to your friends on game day.

I grew up in San Diego where a true tailgate meant barbecuing outdoors in front of football stadium. However, while living in the Midwest for the last 5 years I’ve learned very quickly that having a controlled climate indoors to cheer on our team is the much better way to go. Might I say it takes a very special breed of people to gleefully cheer for their team in below zero cold; needless to say I am not that person.

That being said, I’ve grown quite accustomed to having people over for a bit of indoor tailgating. Last weekend I invited a couple of friends over to watch the playoffs. Fortunately this blog is not about the outcome of those games as my heart was broken twice in one day.

Even with not so victorious outcomes we had an amazing spread to cheer us up. To really get everyone in a spirited mood I went to the Dollar General around the corner for some affordable football decorations. While shopping I came across the cutest 6 packs of Coca-Cola in the glass bottles. I was pleasantly surprised because I had no idea you could find those there. Call me crazy but for some reason glass Coco-Cola bottles just makes the drink taste better to me. I know, I know.

Ooooh Oooh Oooh and I can’t forget to tell you that I downloaded the Dollar General app and instantly got a redeemable coupon for my purchase. SCORE!!! So obviously I had to grab a couple of packs of those to share with the crew, you can’t have a tailgate without Coca-Cola. Plus it inspired me to make these deliciously Spicy Coca-Cola Party Wings that are super easy to make.

AWESOME COOKING TIP ALERT: So I started the recipe by tossing my party wings in a light coating of baking powder and seasonings. The baking powder gives oven-baked chicken a nice crispy skin that is perfect for drowning in sauces.

While the chicken baked I made a deliciously sweet and spicy Coca-Cola glaze that I reduced for 25 minutes to get a silky thick sauce.

Once the chicken wings were done I immediately tossed them in the sauce and served them warm. VOILA! The wings were a hit and more than made up for losses that I adamantly said I wouldn’t be talking about but somehow keep bringing up. LOL.

Any who, I’d love to hear how you celebrate game day at home? Leave a comment below and check out inspiration for your game day events here!

These crispy oven baked chicken wings are smothered in a sticky, sweet and spicy sauce with 1 surprising ingredient: Cola-Cola! These bad boys are finger licking good and perfect to serve up to your friends on game day.
Print Recipe
Total Time: 1 hour
Servings: 22 wings

With 4lbs of party wings you should use two baking sheets to ensure that each wing is spaced out on the rack to achieve crispy skin and even cooking. 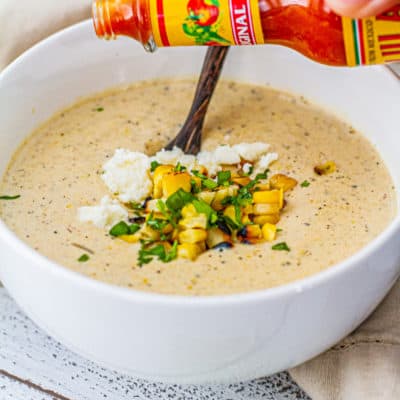 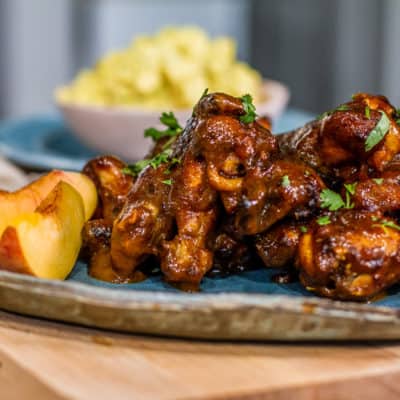 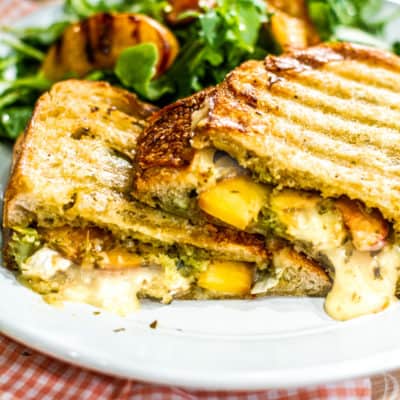 I partnered with @MichelobULTRA to show my BESTIE…

Today I was sooooo excited to share my 💥 This Just…

💥This Just in 💥 Turkey Kefta with Grilled Peaches…