This Elote Corn Chowder has all the spicy, tangy, crisp flavor we love in elote (Mexican Street Corn) wrapped up in a comforting bowl.

This Elote Corn Chowder recipe has all the spicy, tangy, crisp flavor we love in elote (Mexican Street Corn) wrapped up in a comforting bowl.

It’s the first week of Fall, but I’m a bit bummed. I don’t feel like I got to experience a proper summer. I don’t think I even looked at a swimsuit, let alone put one on. As a girl who spent most of her life in southern Cali, that is a bit of a disgrace.

In an effort the hold on to summer, I’m doing a spin on one of my favorite summer delicacies, Elote, otherwise known as Mexican Street corn.

As kids, we loved going to the state fair because that’s when we could overload on Elote. And if you are familiar with it, you know the goodness comes in with the toppings. We had a sure-fire method to layering, first starting with lathering mayo on grilled corn, followed by cheese (normally parmesan or cotija), cilantro, tajin, lime juice, and topped it with good ole Cholula hot sauce. It’s the best bite.

I think I’ve achieved a fairly comparable bite with this Elote Corn Chowder. The rich and creamy corn bisque is full-body-yady-yadied, which to means it’s thick in all the right places. It’s also full-flavored. When you see all the spices mingling in harmony throughout like this chowder, you know it’s going to be a good bite.

And you can’t mention the word Elote without including some fresh components like grilled corn, cotija cheese, cilantro, and Cholula. I’m convinced that if I have to let go of summer to keep this delicious bowl of chowder in rotation, I’m ok with that.

I am taking from my beloved summer fair inspiration in this elote corn chowder recipe. The flavors are spot on and oh so comforting.

How to char corn on the cob for corn chowder

You can make this by simply boiling your corn but charring corn takes this chowder to the next level.

If you’re unfamiliar with the process of charring corn, all it really means is cooking your corn directly over or under high heat until it singes and turns colors. Let’s remember, kiddos; color equals flavor.

My favorite was to char corn is over a grill flame because it gives the corn a smoky flavor. However, we don’t always have the time to set up a grill so here are the methods for charring corn on the cob.

How to char corn over the stovetop

How to char corn using the oven broiler method

How to char corn on the grill method

*If using frozen corn instead of fresh corn, make sure to thaw your corn on the cob in advance and dry with a towel to get off all excess moisture before charring.

What is the difference between chowder and bisque?

Chowder and bisque are both cream-based soups; however, they differ in consistency. Chowders are usually very hearty, thick, and chunky, whereas bisques are smooth and creamy.

When to use fresh corn or frozen corn for this chowder?

If fresh corn is in the season, I’m always going to recommend using fresh over frozen. In this recipe, the fresh sweet corn on the cob produces the corn milk that enhances the richness of this chowder.

Alternatively, if corn is not in season, I would recommend using frozen corn because it is usually packaged at the peak ripeness. Just thaw it out and pat dry. I would proceed by either adding the corn to a boiler to get a char or sauteeing corn for a few minutes over the stovetop before making the chowder.

How to thicken corn chowder?

If you aren’t using corn on the cob that produces corn milk for some reason, the easiest way to thicken your Elote Corn Chowder is to add cornstarch. In a small bowl, start with one tablespoon cornstarch and add an equal amount of cold vegetable broth (or water) and whisk until it becomes a smooth paste; this is called a slurry. While your chowder is hot, whisk in the slurry and let it simmer.

How to shuck corn

When fresh summer corn is in abundance having the right shucking skills is essential. Here are two easy methods for shucking corn.

To shuck corn quickly –  the best way with your hands being careful to divide and get a good hold on the tassel as you pull the silk and husk down the cob.

To shuck corn with the least mess –  adding corn to microwave for 3-4 minutes per cob yields the best results. After microwaving, cut the husk end of the corn. Then from the other end, squeeze the cob out of the husk.

You can find a complete guide to shucking corn here.

When packaged in an airtight container, Elote Corn Chowder will last 3-4 days in the refrigerator and 2-3 months in the freezer. So, don’t be afraid to make a big pot.

Invite me to dinner when you make this elote corn chowder

Now, you should an elote corn chowder master. The keys are in your hands. I seriously can’t wait to hear what you think about the recipe. Be sure to give a 5-star rating to this bad boy, snap a pic, and tag @meikoandthedish #meikoandthedish on Instagram. 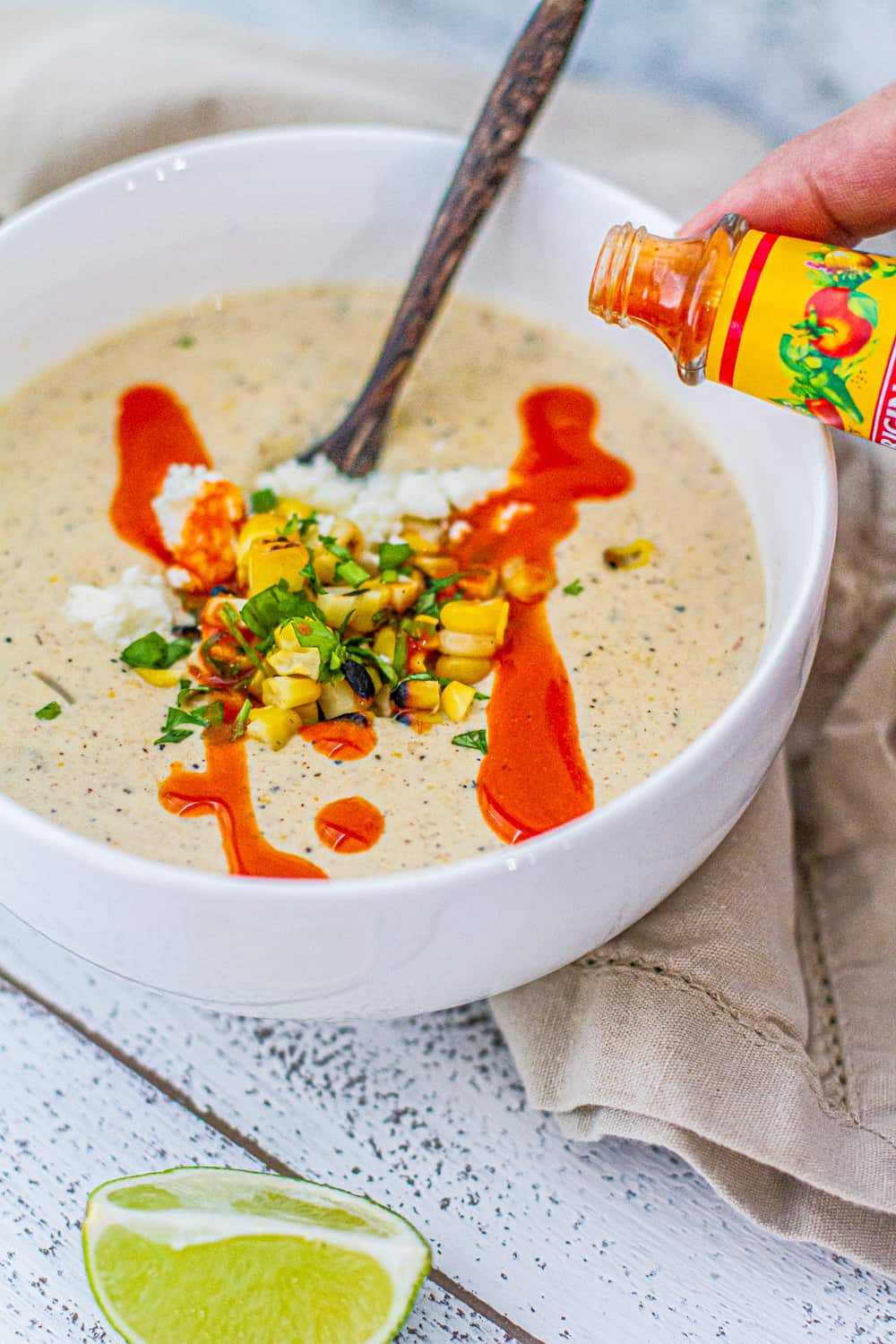 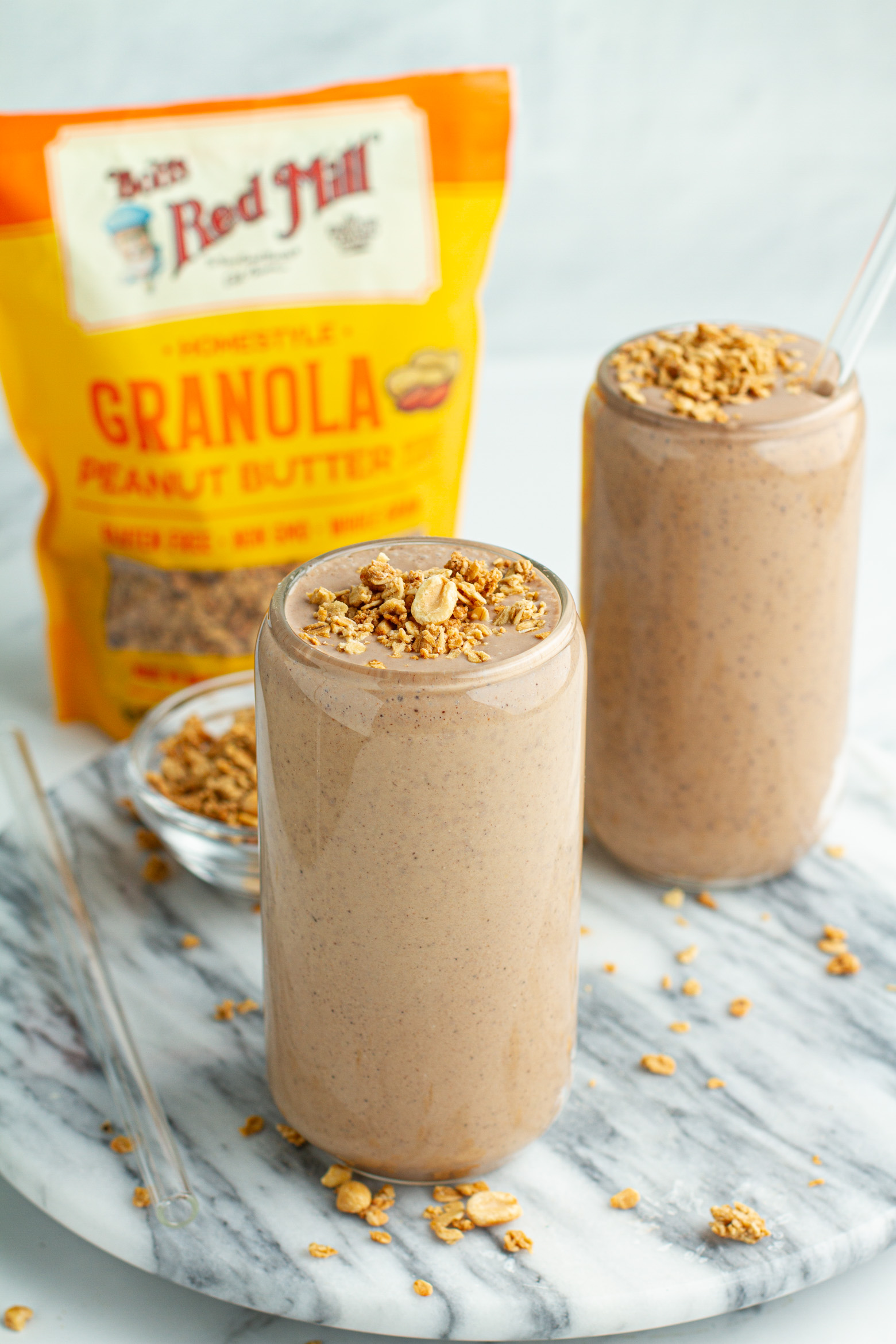 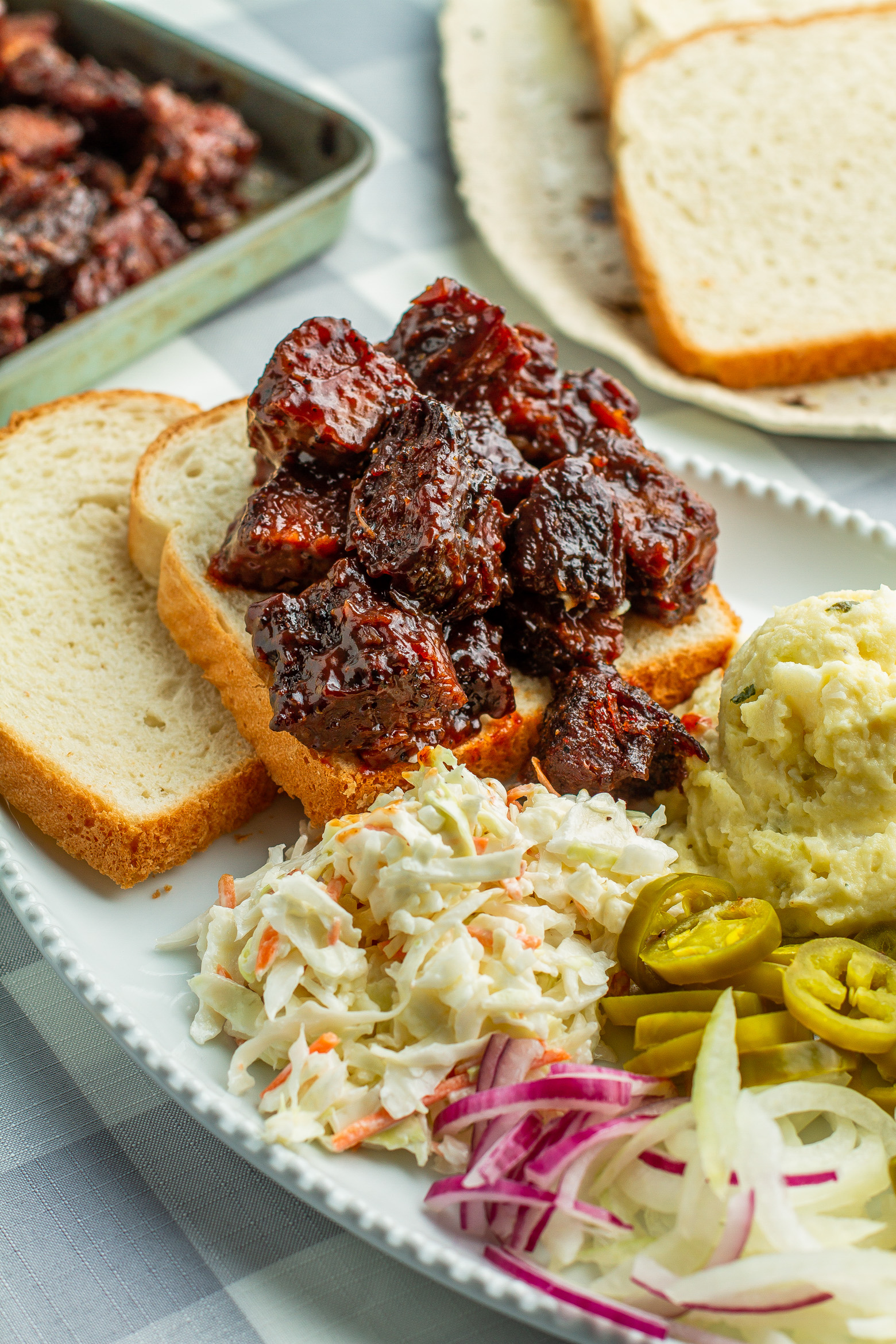 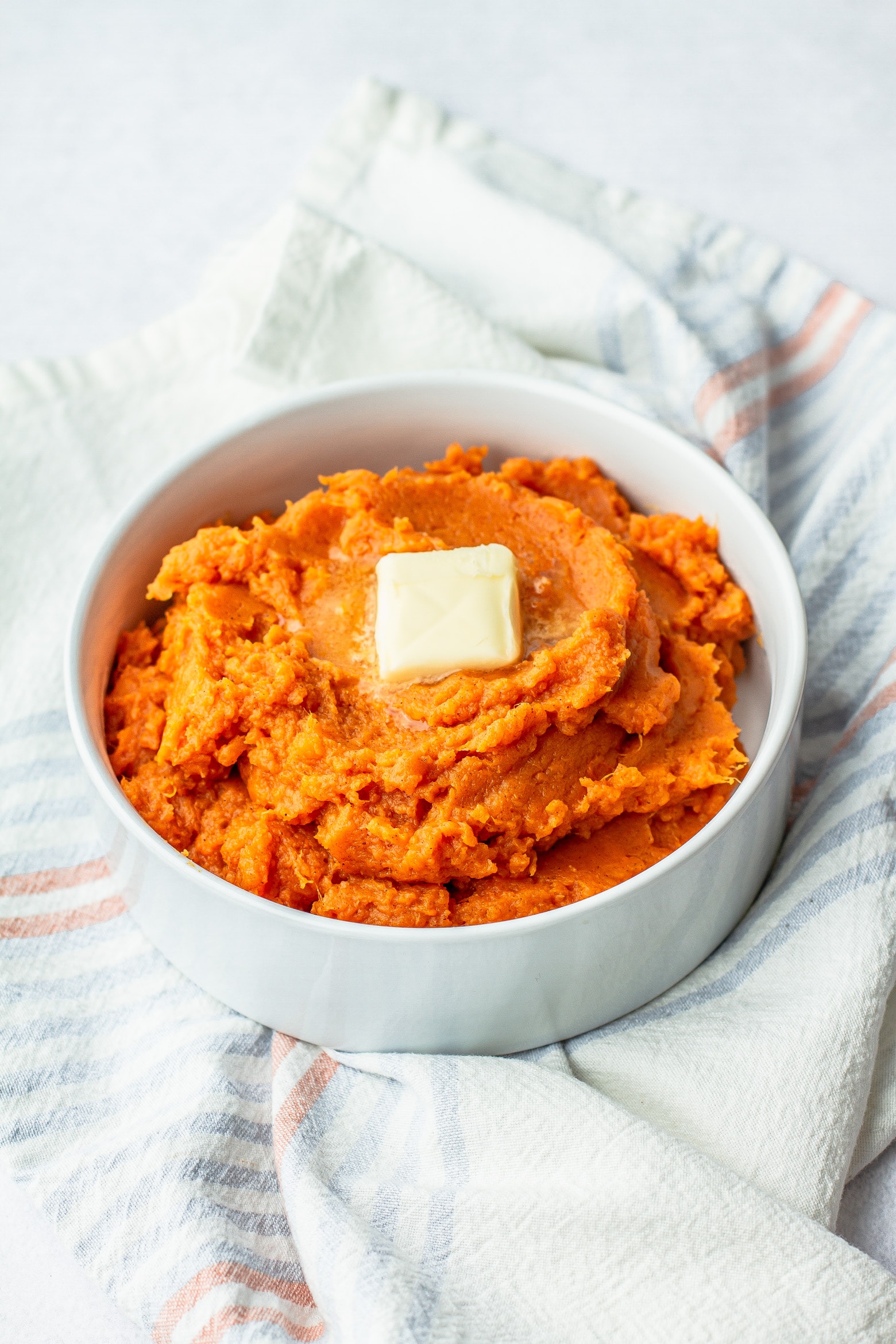 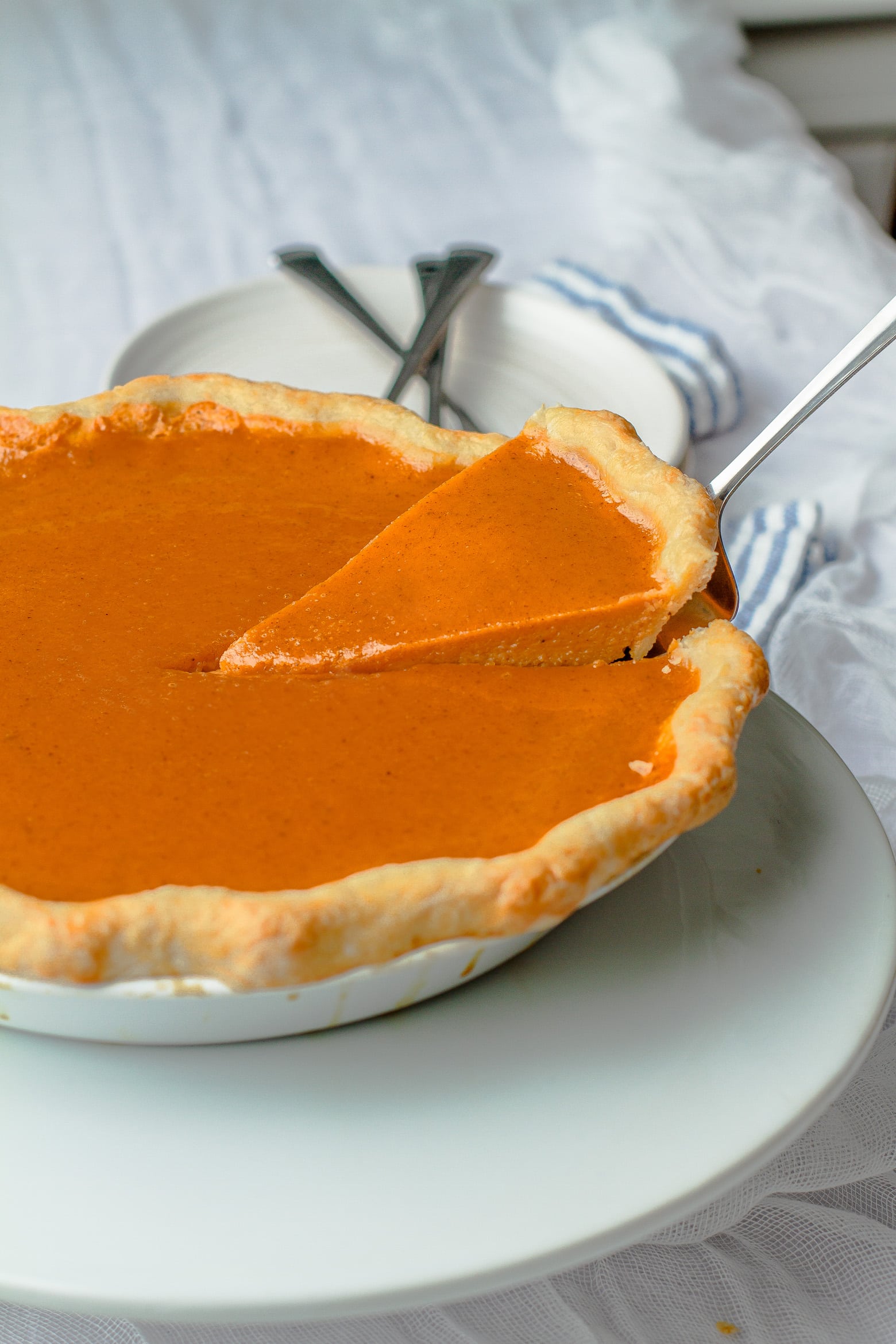 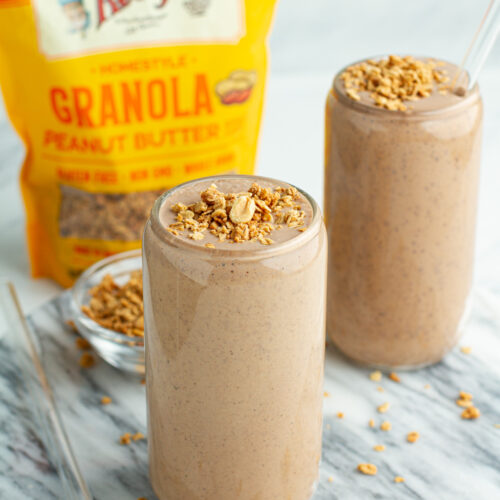 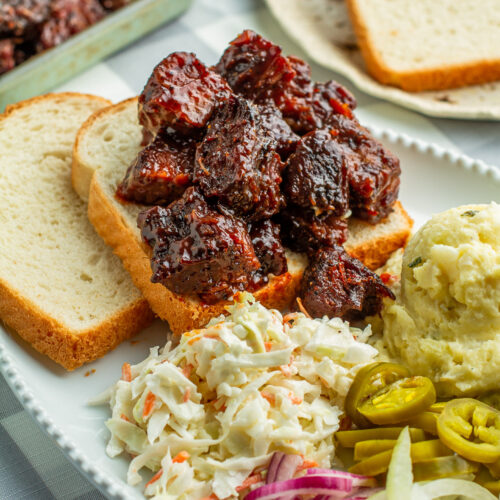 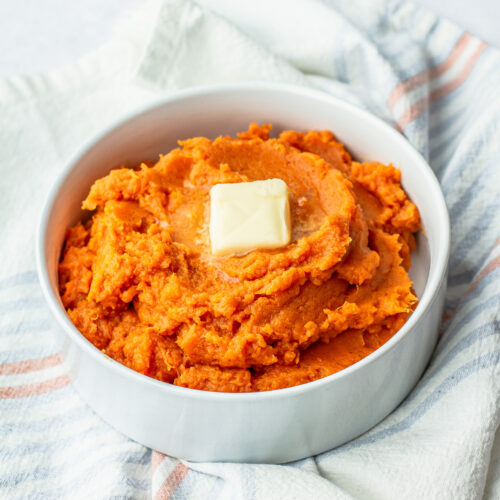 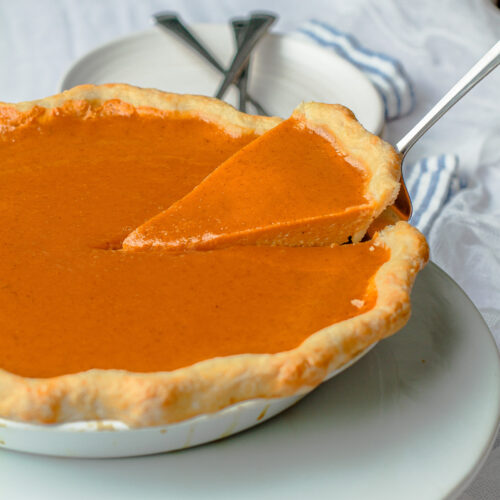